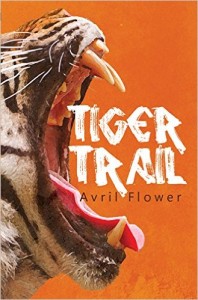 About the Author
Avril Flower was a teacher for 40 years of her married life. In her early married life, she spent the first seven years in Assam as the wife of her late tea planter husband Oliver. Since retirement she has written a bevy of books in Fiction, some based in Assam. She lives with her youngest son and his wife in Auckland, New Zealand, and with three bossy cats.

A group brought together on a small jungle campsite in the Indian state of Assam, in order to film the declining tiger population. Vanessa, the lonely and somewhat naïve English woman who is adjusting to life a million miles away from what she is used to. James, her new husband, distrusting and unknowing of his wife's character. Sushayla is a beautiful and confident, Anglo-Indian nurse, who is searching for a better life for herself. Shanjila is the witty journalist brought in to report on the filming, who knows what she wants from a man. The head of the operation is the slightly pompous and self-centred, Justin. Janeswar, another Anglo-Indian who has proved invaluable to the group, and is looking for a lady of his own.
Day to day life passes by on the campsite, as the camera crew get to know their fellow colleagues and chase after exclusive film of the elusive tiger. They also have to unwittingly live alongside the determined poachers, who advantage from the corrupt nature of the area. 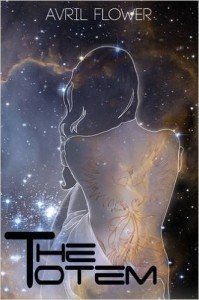 Avril Flower is a retired school teacher. She lived on a tea plantation in India for several years with her late husband, but now resides in New Zealand with her youngest son and daughter-in-law.
Totem is her second book, following the successful Tiger Trail (2014). Her third book, Camelia in the Tea, is currently in development.p>

'In the twenty-first century of recorded history on Earth, space ships left the planet to seed other galaxies. One such was founded on the planet Erm in the solar system known as Mut...'

Planet Erm is in crisis. As a young man, the King of the country of Devronia had an affair, resulting in an illegitimate child, who is now heir. The boy's mother, the King's past mistress, commissioned pirates to capture him. But the pirates capture his younger brother by mistake... 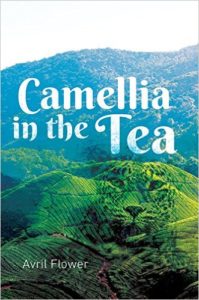 Avril Flower's third book, Camelia in the Tea (2016) has recently been published and available to purchase on Amazon.

Camellia in the Tea - Purchase

Camellia in the Tea

Jurang Kumar, a new assistant on a tea garden, was not prepared for life in Assam. His life changes when he feels affection for Kasayla, a beauty from a plant picking gang, who also shows admiration for him. Kasayla lives with her brother Debia who owns a large portion of the rice fields, and as the land increases, the animals are driven into a smaller space, and an attack from a leopard leads to the death of Lalloo - the garden workers re-elect Patras as the President. With a rice shortage and of poor quality, Patras must find a resolution to keep peace. When there is a Caste System in place, love for one of a different caste makes life very difficult for those who want to pursue true love. 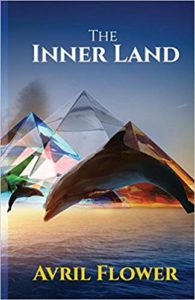 James is a tourist visiting the Xann resort on the planet Erm, where fairies dwell and legends persist, when he meets Villa, who tells him about his own strange ancestry and asks for his help. The Orion invaders have been draining Erm of its water, finalising the destruction already being wrought by the planet's own inhabitants, while spreading disharmony and war. To help her cause, Villa needs James and his impromptu wife, Rhu, to recover a lost computer, the Jade Skull. In the meantime, Jara, the Jada of Jadanna, is invited to preside over a conference to discuss the future of the various peoples on the planet. With memories of Atlantis fresh in many minds, Erm's inhabitants must agree on environmental matters. Others have other ideas and Jara's daughter is abducted, with another crystal skull. Will the invaders return her unharmed? 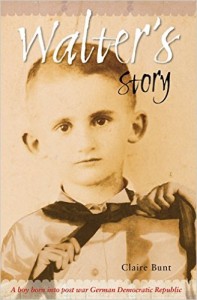 Born in Picton in 1942, Claire Bunt has always loved reading. During her primary school days she submitted stories to the children’s page of a NZ magazine. In 2004-2005 she began writing a wide range of short stories that rest, undisturbed, in a filing cabinet in her office. With the writing of this Walter’s Story, Claire has found a way to raise funds for UNICEF, a charity she has supported since 1960.

Walter's Story is an exciting new historical novel suitable for 9-99 years of age. Walter, born post World War Two, grew up and was educated in the east side of a divided Germany, the German Democratic Republic. Would his indoctrination and love of all things Russian, (the result of his schooling), threaten to jeopardise his family's bid to escape to the Federal Republic of Germany, in the west. 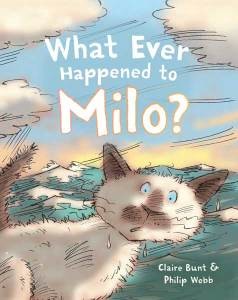 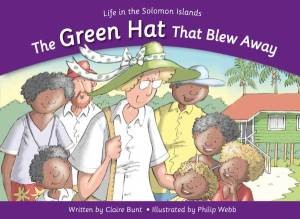 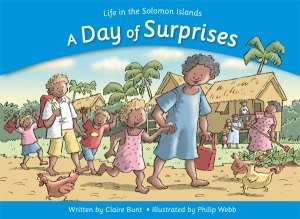 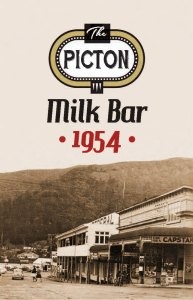